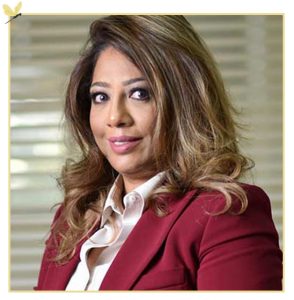 Elham Hassan is a leading Arab businesswoman. As the first Certified Public Accountant (CPA) in the GCC region, she has tapped into a wide range of advisory engagements and became the first female partner for PricewaterhouseCoopers (PwC) in the Middle East. She was named by Forbes as one of the Most Influential Women in the Middle East.Prior to her current role as Chairwoman of Taaheal Healthcare, and advisor on business and corporate strategy, Elham was the Country Senior Partner at PwC providing quality assurance and advisory services for a wide range of local and international clients.

Her financial services expertise within the commercial, and Islamic investment and banking sectors, has been sought by government institutions and regulators like the Central Bank of Bahrain, Tender Board, and numerous banks.