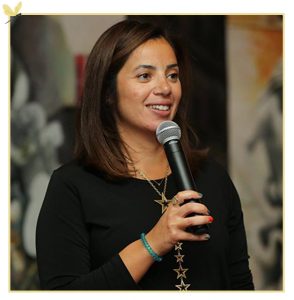 Rasha was Managing Director of Endeavor Jordan, selecting, supporting and accelerating the growth of high impact, best-in-class entrepreneurs. Endeavor’s Jordan portfolio comprised of 18 companies who achieved a CAGR of 25% to reach a combined revenue of USD148 million and that created over 2,800 jobs. In her role, Rasha reported to a high-profile local board consisting of Jordan’s most influential and prominent business personalities and policy makers. She also sat on several advisory boards for the entrepreneurs Endeavor supported providing her expertise on thinking bigger and scaling their business.Previously, Rasha founded and led Amwal Invest’s Equity Research department, covering Jordan’s blue-chip companies. Then at JordInvest, after establishing its Equity Research department, she assumed the role of Senior Vice President of Corporate Finance. In this capacity, she represented the bank on several boards of public shareholding companies.Rasha began her career in audit with Arthur Andersen  before joining Hikma Pharma’s corporate finance department focused on Mergers & Acquisitions at the exciting time of preparing for the Initial Public Offering on the London Stock Exchange. She led the transition phase for one of the successfully completed acquisitions in Milan, Italy.  At Hikma, Rasha worked directly with the region’s godfather of entrepreneurship, the late Samih Darwazah.